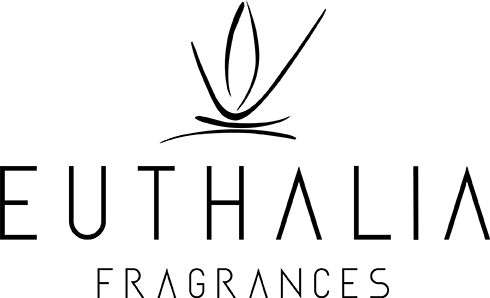 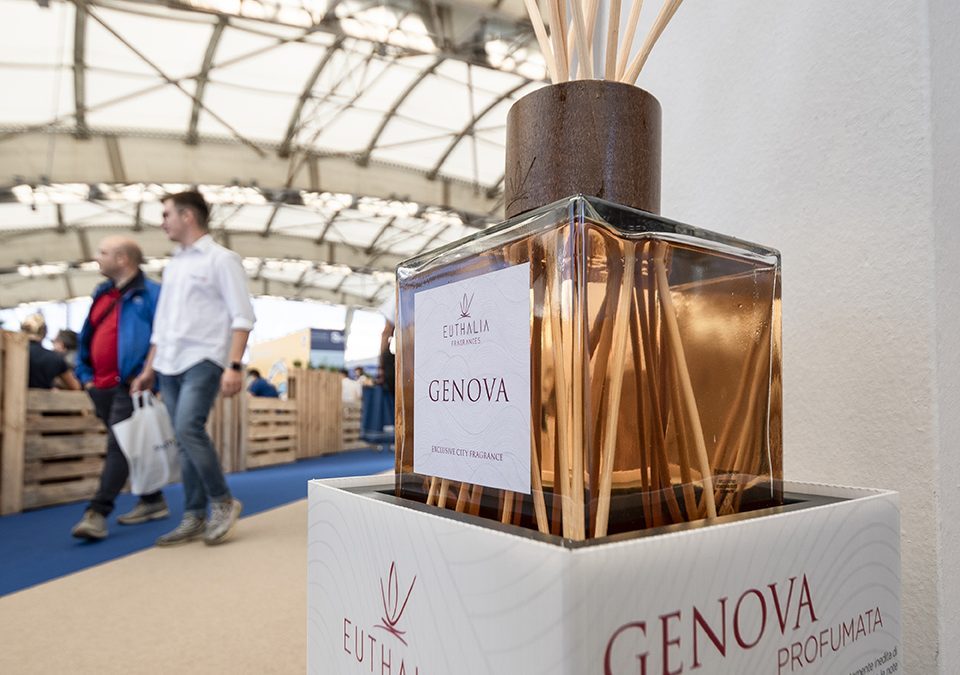 For the first time in its history, Europe's most important Boat Show has an official fragrance. And the perfume could have been nothing but "Genova", the iconic fragrance, scent of a Superb city, able to recall the soul of the City of Genoa and of Genoese people.

Genoa International Boat Show, the biggest and most visited boat show of the Mediterranean Sea, had a record edition from September 19th to 24th, 2019: almost 190.000 visitors coming from all over the world, 986 exhibitors and more than 1000 boats. However, among these stunning numbers, the one that impresses the most is number 1: as a matter of fact, for the first time in its history, Salone Nautico Internazionale has had its official fragrance.

And which scent could better play this prestigious role than the fragrance "Genova"?

Created by Euthalia Fragrances, young genoese start-up, and donated to the City of Genoa, that has become the first city worldwide to have an olfactory logo, "Genova" is the main actor of the event "Scent of Genoa, World's First Scented City".

A unique initiative, never seen before at the world level: a 2 kilometers olfactory path made of more than 500 liters of fragrance , that has been literally "inebriating" not only the Superb's Old Town from September 12th to October 13th, 2019, but also the International Genoa Airport, Genoa Maritime Station, the two main welcoming sites of the city and, last but not least, the Salone Nautico Internazionale, of which Euthalia Fragrances has been Official Partner. 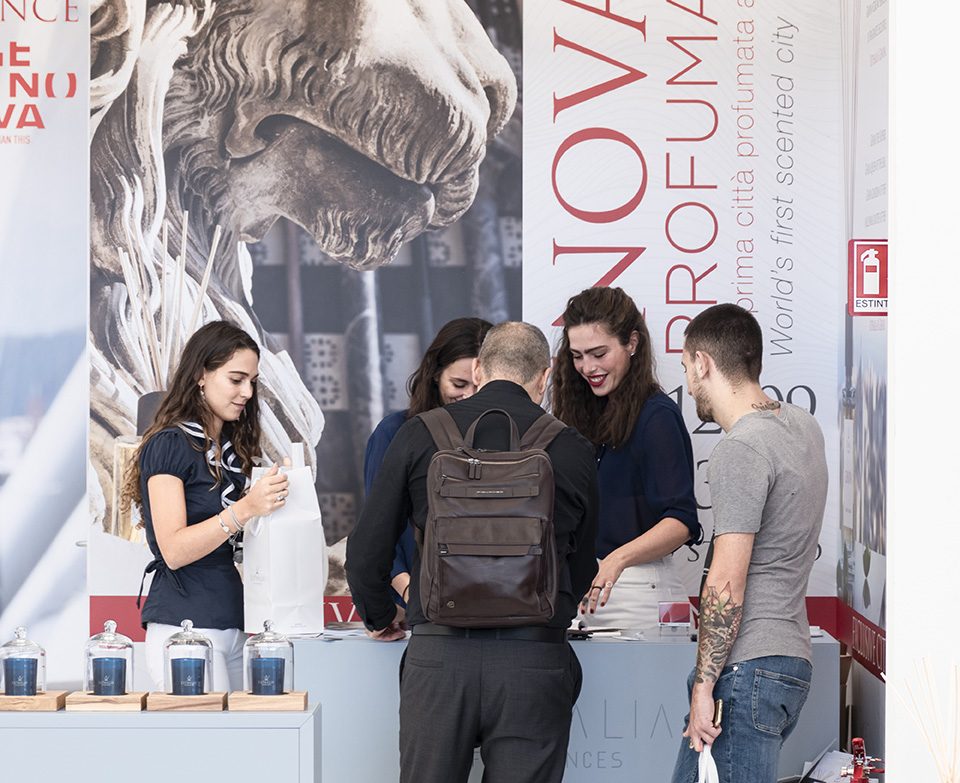 "Genova", the fragrance that captures the essence of a city with its perfumes suspended between land and sea, becoming its unique and inimitable olfactory

The unmistakable notes of basil, symbol of Genoa worldwide.
The freshness of the aromatic herbs, unique aromas of the Ligurian Riviera.
A touch of spices, signature of the Superb, Maritime Republic with a glorious history.

This is the Scent of Genoa, World's First Scented City and, for the first time in its history, official fragrance of the Genoa International Boat Show.